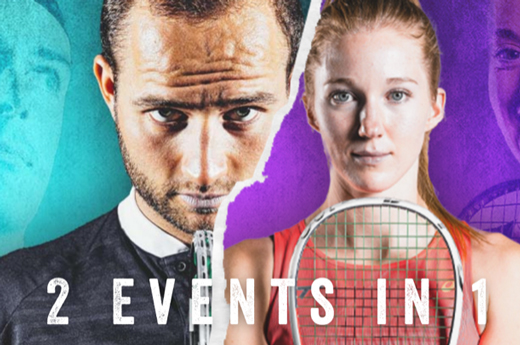 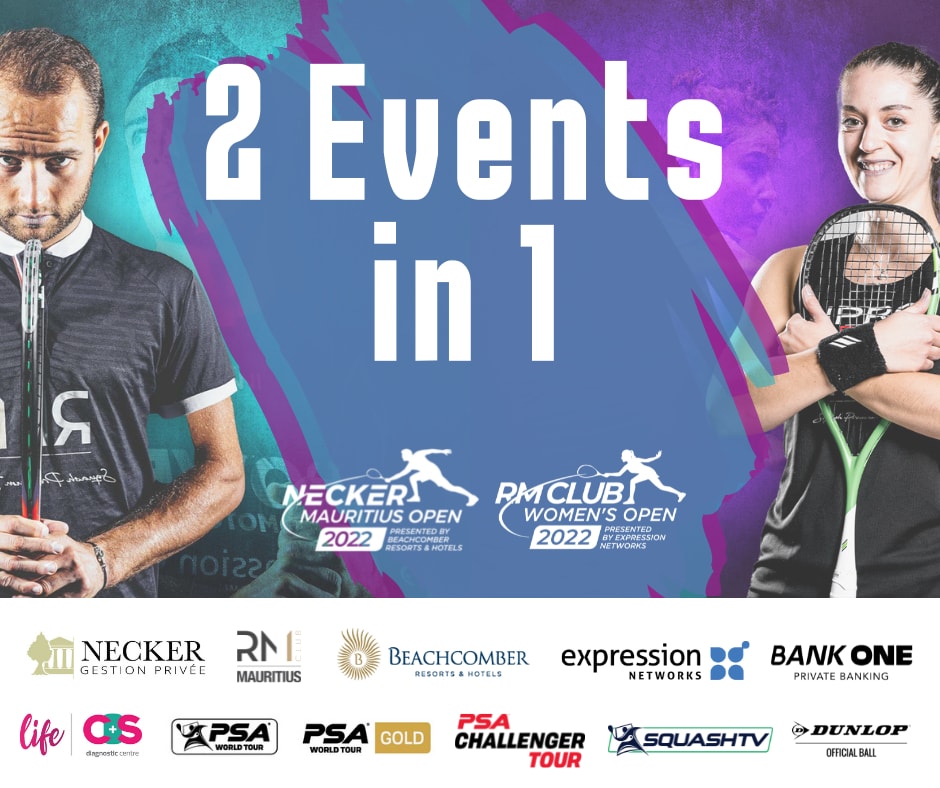 After three very successful exhibition tournaments between 2017 and 2019, and several setbacks since the start of the pandemic, Mauritius will finally host the PSA World Tour: from June 7 to 11, the elite of world squash will be at the RM Club, while a Challenger Tour women’s tournament will also be held. Read the story behind an event which promises to be unforgettable.

The story behind the Necker Mauritius Open – formerly Necker Pro Squash Open – goes hand to hand with this of its promoter, Rémy Mabillon. This French entrepreneur, who runs several wealth management companies, discovered squash thanks to his friend Lionel Kupper.

Back in 2015, he was the main sponsor of the French Nationals which took place at the City Green, a club located less than a mile away from the France-Switzerland border. While the event was being played on a glass court for the first time (“I didn’t even know it existed,” he says), Rémy Mabillon liked the show as well as the athletes’ personalities.

Since then, his involvement in squash kept on growing: he’s been sponsoring many of them, starting with Frenchmen Grégoire Marche and Mathieu Castagnet, set up a very ambitious project in Annecy where he took over the club, whose new name is RM Club, and was the main sponsor of the Open de France in Nantes in 2019. As far as Mauritius is concerned – that’s where one of his companies, Necker Gestion Privée, is based – an exhibition tournament was launched in 2017 with the help of Xavier Koenig, a well-know figure in Mauritius Squash who sadly passed away a year later.

After a first event won by Indian Saurav Ghosal, the organizers crancked up a notch : no less than 4 former world number 1s and world champions – Grégory Gaultier, Nick Matthew, Karim Abdel Gawad and Thierry Lincou – were featuring in 2018 but that’s Germany’s Simon Rösner who came out as the victor.

By then the decision was made to join the PSA World Tour, and a final exhibition tournament was held in 2019, squash even being a demonstration sport at the 10th Indian Ocean Island Games. The line-up was once again outstanding with the addition of Paul Coll and Tarek Momen, while Camille Serme and Raneem El Welily delighted the crowd with a superb women’s final.

The success of the three exhibition tournaments – here in 2019 – encouraged the promoters of the Necker Pro Squash Open to go to the next level.

The first edition of the Necker Mauritius Open ($110,000) Presented by Beachcomber Resorts & Hotels was due to take place in June 2020, but was postponed and cancelled several times because of the pandemic. Rémy Mabillon and his team will soon reap the reward of their patience and perseverance: the best male players in the world will be in Mauritius from June 7 to 11, while a $30,000 women’s tournament, sponsored by the American company Expression Networks, will also take place.

RM CLUB AND SQUASH GROW SIDE BY SIDE IN MAURITIUS

While the exhibition tournaments were held outdoors on a glass court set up especially for the occasion, the Necker Mauritius Open 2022 will take place at the RM Club – which is located in Forbach at the north of the country, a few minutes away from the famous seaside resort of Grand Baie.

This multisport complex, which was opened at the end of 2020 and extends over a total area of 1.2 acres, including 6,000m² of covered ground, has two traditional squash courts as well as full-glass one, on which all the men’s matches will be played. “It’s what we call a country club, similar to the City Green that I used to run, with the advantage of having a covered ground,” says its manager, Lionel Kupper.” It means that the members are protected from the rain, but also the sun and the wind depending on the weather conditions.

There was no such thing in Mauritius before, and I am told that kids used to go to the mall to wait for their parents to pick them up after school, which finishes pretty early here. Now, they come to our club instead … It is a real living space, with 1,500 members from all generations. We offer day care services from the age of four, and our oldest member is 87 years old!” When asked if he sees any difference with the clubs he had managed previously, the man from Haut-Savoie mentions “a higher attendance rate, around 60% whereas it is more like 20-25% in general. Apart from that, the questions asked by the members are exactly the same, no matter where you are in the world!” 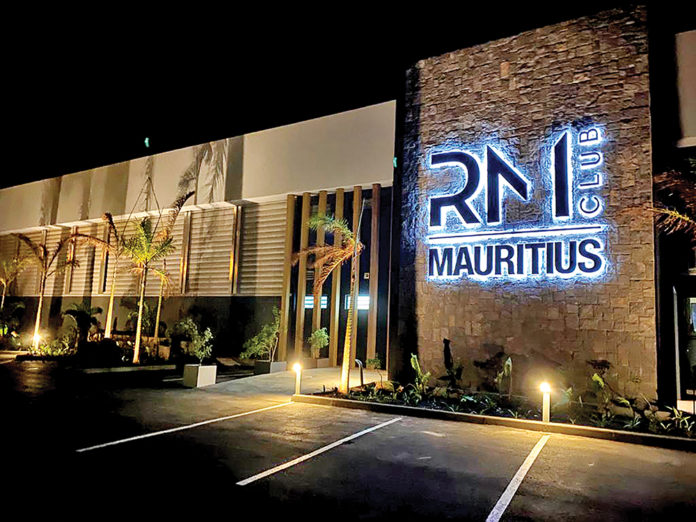 In a few days, RM Club Mauritius will welcome the elite of world squash

Opened 7 days a week, the RM Club Mauritius employs 60 staff, and Lionel Kupper is going the extra mile to ensure that everything is running smoothly. “At the beginning, I was on site every day from 5 am to 11pm because one has to lead by example,” he smiles. The restless 56-year old is a lover of all sports, and there are many within the structure: 5-a-side football, fitness (“our members who travel all over the world tell us we have some top-notch equipment,”), climbing, with the only wall on the island, and racket sports with tennis, padel, badminton and of course squash. “We have coaches for all of them, as far as squash is concerned it’s Vanessa Florens,” says Lionel Kupper. (Author’s note : both French and Maurician, Florens is a former U19 French champion, and represented her native island several times at the Commonwealth Games).”

If you want to make a sport grow, entertaining people is essential, it is our core business. Events are also important and the announcement of Grégory Gaultier’s retirement in October put the club under the spotlight. As a result, quite a few people will make the trip from Réunion Island to attend the PSA tournaments next week. In the mid-term future, Coline Aumard’s arrival will certainly be a boost for squash in Mauritius.” The former world #20, who will say farewell to the PSA World Tour next week, will be in charge of the RM Academy intended for recreational, prospect as well as elite players.

On another note, it’s been recently announced that a new club was going to open in the west of the country. “There’s a real demand, and we’re riding the wave,” Kupper says smiling. “RM quickly gained some recognition, and I am often told that through the club, I already know everyone in Mauritius! We offer premium services, but with Rémy Mabillon we also have the will to offer affordable rates and our customer base is very diverse.” Even if he goes back to metropolitan France from time to time, Lionel Kupper is now settled in Mauritius, where his family will join him soon. “I work 7 days a week and thus can’t really say I have time to enjoy it, but there are worse places to live in… At the moment it’s winter here and some people wear a coat when it’s 25 degrees, being from the Alps I must say I find that quite amusing!”

IT WAS WORTH THE WAIT…

The first edition of the Necker Pro Mauritius Open should have taken place in June 2020, however the pandemic decided otherwise. With restrictions from local authorities as well as the PSA, the organizers had to be patient but it was worth the wait: no less than 12 players from the men’s world top 15 will be at the RM Club next week. “It was a bit frustrating at times, but when you have people like Rémy Mabillon and Grégory Gaultier in your corner you are not really wondering whether the tournament is going to take place or not…” says Lionel Kupper. “Having all the best players, it makes me happy for Rémy. We are grateful to Beachcomber, they stuck with us despite the setbacks, as well as Expression Networks, whose sponsorship enabled us to organize a women’s event.” This IT company is one of Gaultier’s long-term sponsors, and not only the former world champion will feature in the men’s draw as a wildcard (“I am sure he’s been training to be in the best possible shape,” says Kupper smiling) but he also played an active role in the organization. “I liaised between the PSA and the organizers,” he says in an interview which we’ll publish in the second part of our presentation. “Even though they had done a few exhibition tournaments, they didn’t have the experience with such major PSA events.” 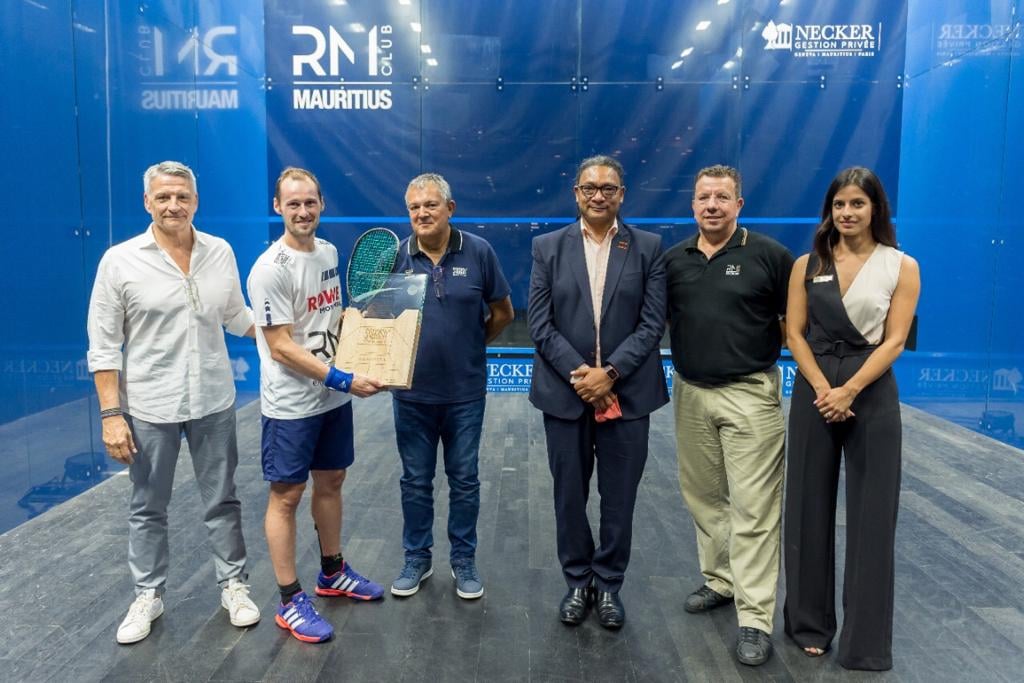 Rémy Mabillon, Grégory Gaultier and Lionel Kupper (respectively, first, second and fifth from the left) are the three main men behind the Necker Mauritius Open

We’ll take a closer look at the draws in our next piece, but here’s a quick preview of what you are in for if you are going to the RM Club next week (matches will also be broadcasted on SquashTV).

The Necker Mauritius Open Presented by Beachcomber Resorts & Hotels ($110,000) line-up is incredible, with 9 top 10 players featuring. Of course, Egypt will be well represented with the likes of Ali Farag, recently crowned world champion, the runner-up Mohamed ElShorbagy and Tarek Momen, but New Zealand’s Paul Coll and Peruvian Diego Elias cannot be ruled out.

There are six Frenchmen in the draw and the main hopes are Grégoire Marche and Baptiste Masotti, while Grégory Gaultier coming out of retirement one last time will be one of the highlights of the week.

It must also be said that the Necker Mauritius Open is the last event before the World Tour Finals (21-26 June in Cairo), therefore the ranking points at stake in Mauritius could turn out to be crucial to clinch the last qualifying spots. 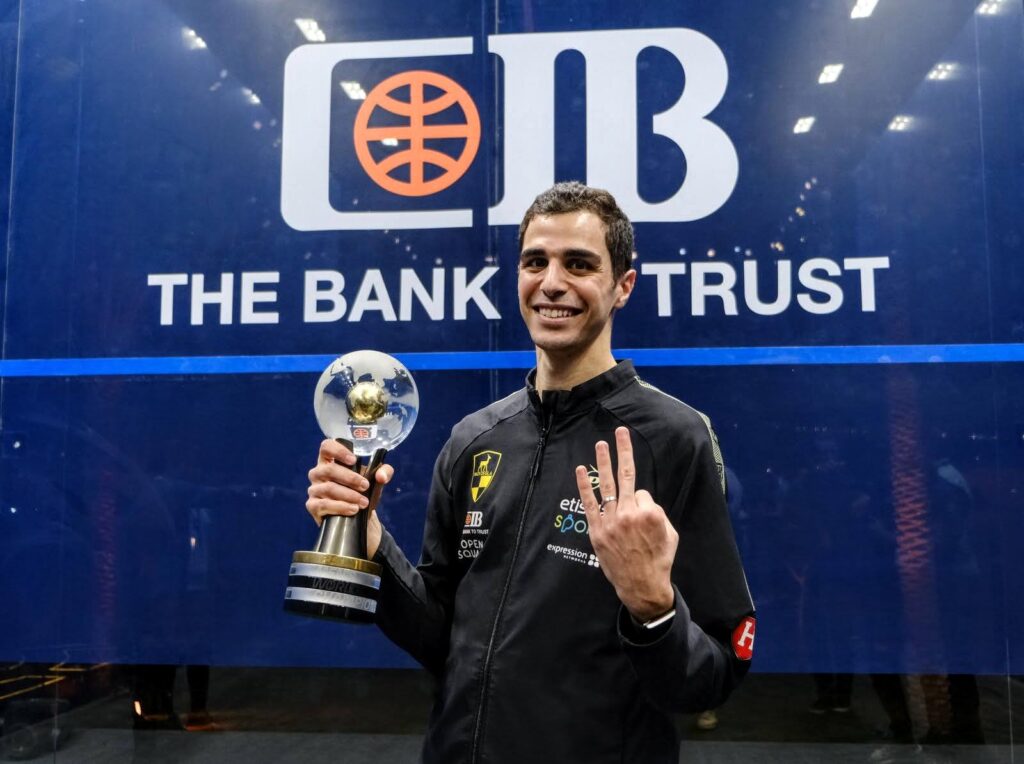 Crowned world champion for the third time in Cairo a few days ago, Ali Farag will be one of the main contenders at the Necker Pro Mauritius Open

The women’s tournament, entitled RMClub Women’s Open 2022 Presented by Expression Networks ($30,000) boasts a quality line-up as well, with Belgium’s Nele and Tinne Gilis leading the field. Ranked #11 and #13 in the world, the two sisters might meet in the final, as they did a few weeks ago in another RM club in Annecy …

Stay tuned for the second part of our presentation with a focus on the draws (men’s and women’s) as well as an exclusive interview with Grégory Gaultier. 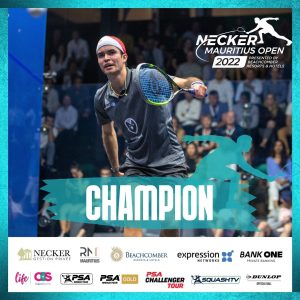