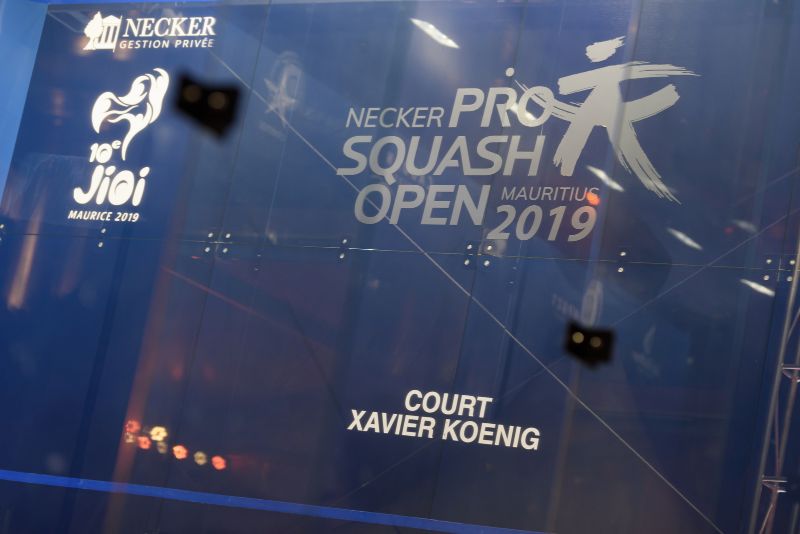 The Necker Pro Squash Open 2019 was a demonstration sport for 10th edition of the JIOI, which was hosted in Mauritius. Some of the best players from each of the Indian Ocean islands were invited to represent their nations to bring this sport to a JIOI level.

The Professional Squash Association has confirmed that the Necker Mauritius Open 2020 Presented by Beachcomber has been cancelled due to the global COVID-19 pandemic.
The PSA World Tour Gold tournament - which was rescheduled to take place between August 18-22 following the suspension of the PSA World Tour due to the pandemic - would have been the first PSA event to take place on the picturesque island.
The PSA has been working closely with the tournament promoters in order to hold the tournament following the disruption to the PSA World Tour, but border restrictions in place in Mauritius mean that a decision has been made to cancel the tournament, with the intention of holding the inaugural Mauritius Open in June 2021 instead.

This site uses cookies to give you the best experience. If you continue to use this site we will assume that you agree.OK