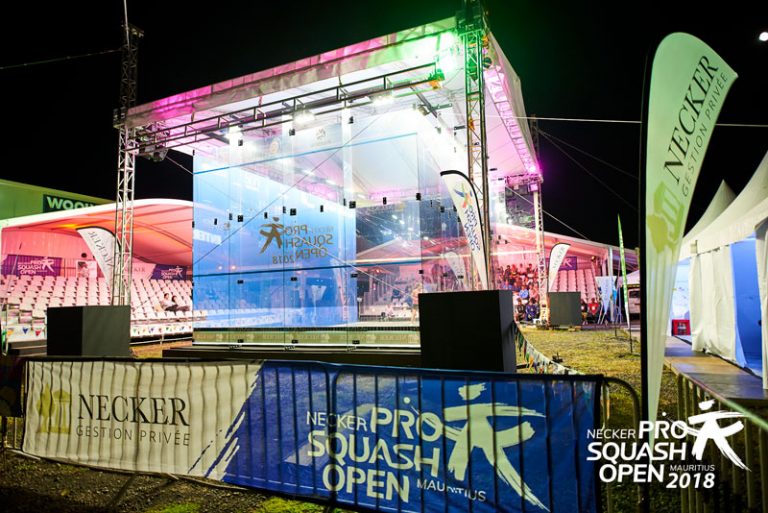 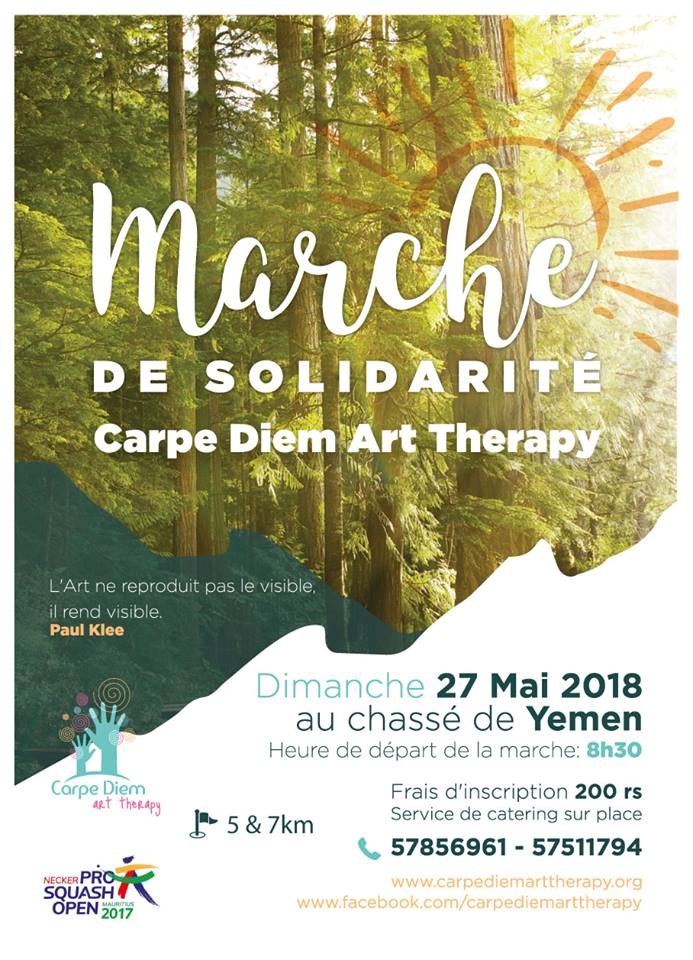 For the second edition of the Necker Pro Squash Open, the event supported the NGO Carpe Diem Art Therapy by once again including in its program the participation of the international squash players in the solidarity march of the NGO held on Sunday, 27 May 2018 at Yemen.
This solidarity march was once more intended to welcome a maximum of walkers in order to collect funds for the association which will help them finance part of their projects.

The inspirational coach, Mathieu Benoit, presented a mental preparation presentation to the medical staff as well as to the sports coaches who will be accompanying the athletes who will participate in the Jeux des Iles.
Mathieu Benoit and his team covered subjects such as how to mentally prepare yourself for difficult times as well as psychological challenges and shared the mental preparation which they undergo within their professional life.

SEE THE RESULTS
WATCH THE REPLAYS
This site uses cookies to give you the best experience. If you continue to use this site we will assume that you agree.OK